Husband and wife Ewell and Lois Newman were integral to the creation of the American Historical Print Collectors Society and the development of its programs. Ewell L. Newman (1905-1992) cofounded AHPCS in 1975.  From then on, Ewell was actively involved in fostering his dream of “a nation-wide fellowship of American historical print collectors.” He was a longtime AHPCS board member and served as the inaugural editor of both the AHPCS News Letter and Imprint. After Ewell’s death, Lois Newman (1907-2009), herself a founding member, continued to support the work of the Society, particularly through her funding of the Ewell L. Newman Book Award and significant contributions to the AHPCS endowment. 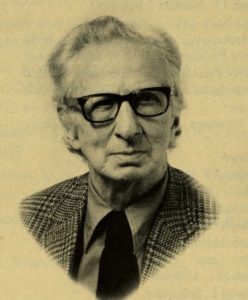 Ewell L. Newman, co-founder of our society and vigorously influential in guiding its growth and development, died on July 19th, aged 87, at his home in New Castle, Indiana.

The idea of forming a collector’s society of historical American prints was the outgrowth of Newman’s friendship with Ladd MacMillan, both of whom shared a deep interest in Currier & Ives lithographs. The idea took shape in the early 1970s when they proposed such an organization in several antiquarian journals, inviting all those interested to respond and identify their areas of interest. Eventually, over 200 replies were received but further progress was interrupted by their collaborative effort on A Guide to Collecting Currier & Ives (New York: Pyramid Books, 1975).

However, work on the publication was sufficiently advanced in the early weeks of 1975 to proceed with the delayed organizational plans. Accordingly, further publicity announced a founding meeting at Heritage Plantation in Sandwich, Massachusetts, on June 6-7. Eighty-two collectors responded to the Sandwich invitation, coming from all over the United States, from as far west as California and as far south as Alabama – truly a national representation.

Newman was elected Secretary and later, Editor of Imprint and the AHPCS Newsletter. He carried the burden of these demanding posts through our early years with relief first from the secretaryship, then from the editorship of Imprint in 1979 and from the newsletter in 1985. Assuming the wider responsibility as Editor of Publications in 1977, he served in this post for ten years. His longest service was membership on the board of directors covering a span of 12 years. Despite all these obligations, he found time for research and writing including a catalogue of books on prints and three major articles for Imprint.

Born in Knoxville, Tennessee, in 1905, he moved with his parents to Indianapolis five years later and there he received his formative education in the public school system. Music was an early interest and his proficiency in piano study led him for a time to consider a career as a concert pianist. Attendance at Butler University directed his interest to social studies and his B.A. was awarded in 1929 with a major in sociology. Perusing this bent, he was influenced by a brief acquaintance with Jane Adams at Hull House in Chicago where, for a period, he was a resident and volunteer.

Newman’s first employment in social service was with the city of Indianapolis and subsequently to 1940 with the Indiana State Employment Service. It was during this period that he met and married his life-long partner, Lois Wiggins, also a trained social worker. Together they were posted all over the state setting up new offices to handle the huge caseloads engendered by the Depression. At the end of these assignments, Newman began graduate study at the University of Chicago School of Social Administration where he received an M.A. in 1942. There followed assignments in Geneva, New York, a three-year appointment on the staff of the National Urban League in New York City, and one year in LaCrosse, Wisconsin. In 1949, he accepted a major position with the United Fund Agency as Director of the Hall Neighborhood House in Bridgeport, Connecticut.

At the Hall House, he introduced a wide range of successful innovative programs for low-income families thus greatly expanding the usefulness of the agency. For this notable contribution to community service, Newman was honored in 1960 by the award, open to both Britons and Americans, of a Canon Samuel Barnett Memorial Research Fellowship at the London School of Economics. Following a rewarding year in England, the Newmans returned to their home in Connecticut and he continued his work there until 1967 when the Mayor of Bridgeport appointed him Director of that city’s model cities program. He retired from active service in 1969 using his new leisure to follow many facets of his enduring interest in Americana. It was this pursuit, as already noted, that led to the founding of our Society.