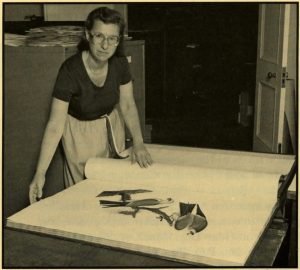 AHPCS exists largely through the generosity of its members: those who volunteer their time organizing and sponsoring events, who share their research and knowledge, and who provide financial support.

Among the most generous supporters was Wendy Joan Shadwell, who was an enthusiastic contributor during her lifetime and continued to care for AHPCS through a substantial bequest following her death in 2007.

The impact of Wendy’s gift has been significant. In 2011, AHPCS delivered 500 Imprint volumes, free of cost, to library and museum members to fill gaps in their existing collections. Shadwell funds were integral to publishing Charlotte Rubinstein’s work Fanny Palmer: The Life of a Currier & Ives Artist (Syracuse University Press, 2018). Most notably, the bequest sponsors the Shadwell Conservation Grant. The AHPCS Board of Directors created the grant program in 2015 to ensure that Wendy’s bequest would have a meaningful impact on actual prints in small institutions lacking on-site print conservation facilities.

Shadwell bequest funds continue to be directed towards the areas that were most important to Wendy:

• Strengthening our relationships with other institutions 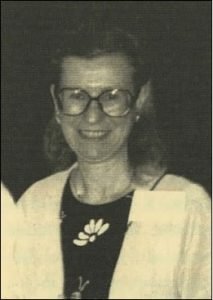 Wendy Joan Shadwell was curator of prints at the New-York Historical Society from 1974 until her retirement in 2002. Wendy oversaw the Society’s approximately three million holdings of prints, photographs, architectural drawings, and ephemera. Always looking to add to the collection, she greatly expanded the Society’s holdings. Among her important acquisitions were the architectural plans for the Grand Central Terminal.

Because of her knowledge of the Society’s large repository of John J. Audubon watercolors and prints of the Birds of America, Wendy was frequently called on to answer questions from people who believed they had a rare Audubon work. She usually warned them not to count on taking a world cruise or sending their children to college on any proceeds. Only once in 25 years did anyone have the real article. Over the years, she was a guide and mentor to the many assistants and interns who entered the department.

For Wendy, it was important to reach out to the public, and she organized and mounted numerous exhibitions from her department’s collections, including circus posters, 1939 World’s Fair objects, advertisements in various fields, Civil War material, and even ones on pets, pests, and feathers. Through these wide and varied exhibits, New Yorkers could enjoy visually the cultural and social past of their city.

Wendy was acknowledged as an expert in the field of American prints and printmaking, and wrote and lectured extensively. She contributed to the works of other authors as well and wrote texts for many catalogues. She had a particular interest in ephemera, especially nineteenth-century trade cards and catalogues. As an author, she was instrumental in bringing early American printmaking to the view of a wide audience with her book American Printmaking: The First 150 Years (1969), and the two-volume Catalogue Of American Portraits in the New-York Historical Society (1974), both still valuable references for historians and collectors.

The daughter of Howard and Phyllis Shadwell from Greenwich, England, Wendy was born and grew up on Staten Island. She attended Mary Washington College of the University of Virginia in Fredericksburg, Virginia, graduating in 1963 with honors in English and induction into Phi Beta Kappa. She then undertook graduate studies in art history at Columbia University.

Wendy’s first position following her studies was as curator of the private art collection of J. William Middendorf II, later United States ambassador to the Netherlands and Secretary of the Navy. The collection included a fine group of American prints, which were of special interest to Wendy. From the Middendorf collection, she went to the New-York Historical Society, first as a consultant, then as assistant editor of the ­New-York Historical Society Quarterly, and in 1974, she became curator of prints, a position she held until her retirement in 2002.

She was a long-time member of several professional organizations, among them the American Historical Print Collectors Society on whose board she sat, the Grolier Club, the Archivists Round Table, and the Print Council of America. Until her illness, she served on the board and the collections committee of the Staten Island Historical Society. In keeping with her concern for historic preservation, she was a member of the Friends of the Alice Austen House Museum on Staten Island, where she assisted in educational and cultural programs. She was also an Associate of the Episcopalian Community of the Holy Spirit, St. Hilda’s House, in New York City.

An enthusiastic traveler, Wendy visited places as distant as Antarctica and New Zealand as well as Central America and across the United States. She was an avid whale watcher and bird watcher and supporter of environmental causes. She also enjoyed marshaling at numerous golf tournaments, including the 2000 US Amateur and 2005 PGA Championship at the Baltusrol Golf Club in New Jersey.

Wendy died October 23, 2007, at the Cabrini Hospice in New York City after a long battle with cancer. Wendy’s legacy included generous bequests to AHPCS, her alma mater the Staten Island Academy, the Staten Island Historical Society, the University of Mary Washington, and the Raptor Trust.

A version of this obituary appeared in the Fall 2007 issue of the AHPCS News Letter.