The Wendy Shadwell Conservation Grant was established in 2015 to help conserve of significant prints in institutional collections. Since then the program has funded the preservation of a number of important historical prints. 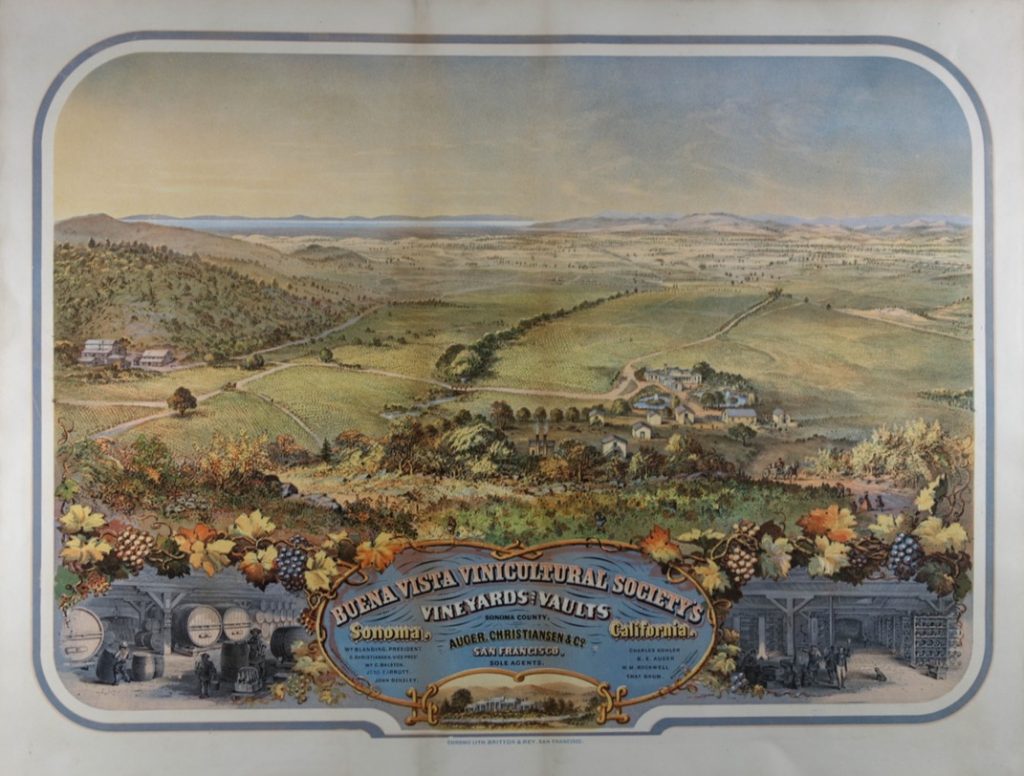 The Society of California Pioneers received a grant of $3,375 to conserve six historical prints produced by the iconic San Francisco printing and publishing firm of Britton & Rey. These six important prints date from the 1850s to the 1880s and include significant views of early California. Treatments included surface cleaning, removing adhesive residue, mending tears, and flattening. 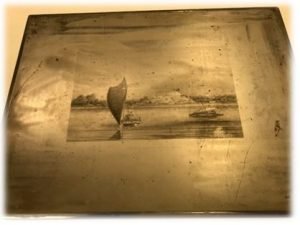 AHPCS awarded $2,500 to the National Museum of American History for the long-term preservation of four engraved steel-faced plates created for illustrations in the 1840s volumes of the Narrative of the United States Exploring Expedition by Charles Wilkes. The plates depict four scenes from the United States South Seas Exploring Expedition of 1838-1842.

The study of print matrices is an often overlooked part of the printing process, and this award will help to preserve plates that form part of one of the Smithsonian’s foundational collections. 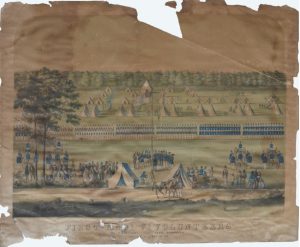 In 2017, AHPCS awarded a matching grant of $2,500 to the Ashland Museum in Ashland, Virginia, for the restoration of their most treasured print: the lithograph First Regt. Va Volunteers. Col. T. P. August – Camp Robinson Hanover Co. May 22 1858. The 1858 lithograph by Ritchies & Dunnavant depicts a pre-Civil War event in their small town and was too fragile and badly damaged to be handled or exhibited. The print was a 2016 Honoree for Virginia’s Top 10 Endangered Artifacts.

Learn more about this project 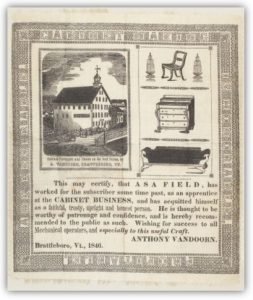 Historic Deerfield received a grant of $1,180 in 2017 to conserve a broadside advertising cabinet maker Asa Field of Brattleboro, Vermont. Treatment on the 1846 broadside printed on white silk included replacing the board backing and securing loose fragments.