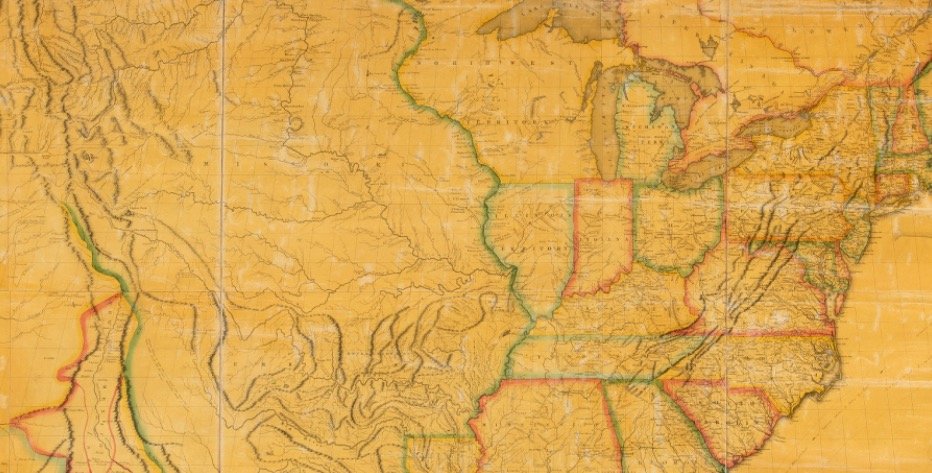 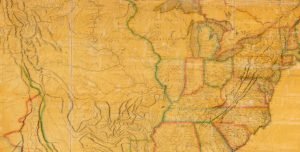 “Mapping a Nation: Shaping the Early American Republic” at the American Philosophical Society traces the creation and use of maps from the mid-18th century through 1816 to investigate the way maps, as both artworks and practical tools, had political and social meaning. It features historical maps, surveying instruments, books, manuscripts, and other objects to show how maps were used to create and extend the physical, political, and ideological boundaries of the new nation while creating and reinforcing structural inequalities in the Early Republic.

Mapping a Nation draws on the APS’s extensive Library and Museum holdings. Highlights of the exhibition include a 1757 copy of the John Mitchell map of the British Empire in North America, manuscript maps from the American Revolution, surveying instruments, the first map of Tennessee as a state, George Washington’s copy of the 1792 map of Washington, D.C., and maps from the journals of the Lewis and Clark Expedition along with the copper plates used to publish them. Click here to learn more!