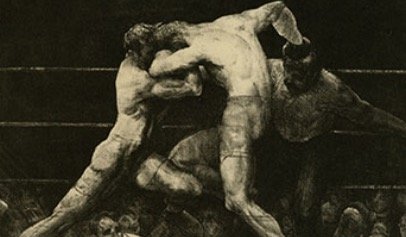 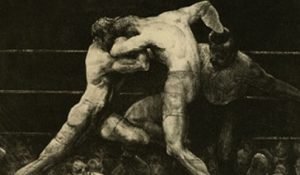 This exhibition explores the role of sport and physical culture in the lithographs of George Bellows (1882–1925). Bellows, an esteemed early 20th-century realist, is often classified as an Ashcan artist due to the gritty subject matter he usually portrays. Well known for paintings that capture the dynamism and prosaic aspects of urban environments with dark palettes and painterly modeling of form, he achieved similar compositional effects in his vast body of work in lithography. In 1916 he installed a lithography press in his studio, and from then until his untimely death in 1925, he created just under 200 lithographs. Learn more!