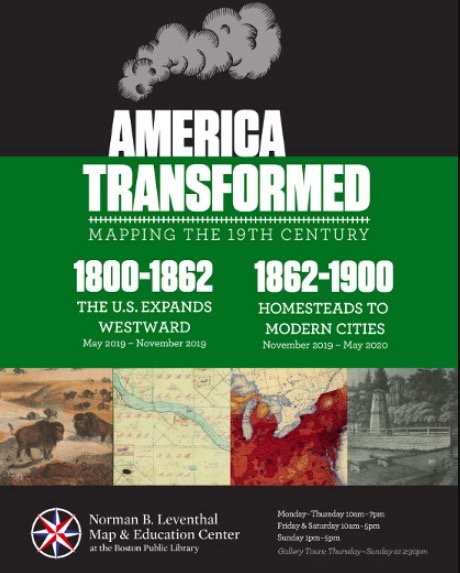 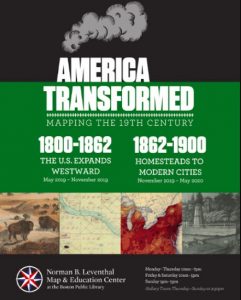 “America Transformed: Mapping the 19th Century,” at the Norman B. Leventhal Map & Education Center, Boston Public Library, explores the dramatic westward expansion of the United States in the 19th century and the complexity of factors that shaped the country over the century.

Homesteads to Modern Cities, 1862-1900, the second part of this two-part exhibit begins in the early 1860s and concludes with the establishment of the modern American city, using Chicago as a case study. Click here to learn more!