The AHPCS annual meeting is held in a different city each year and always attracts from 50 to 150 members.

The three-to-four day event is designed to broaden collectors’ horizons through cooperation with the leading institutions of the host city, which provide meeting rooms, behind-the-scenes tours, and exhibits of special interest to AHPCS members. Talks by scholars and other authorities on American history and prints are featured along with visits to galleries and artists’ studios, congenial banquets, a members’ print mart, and a fundraising print auction. 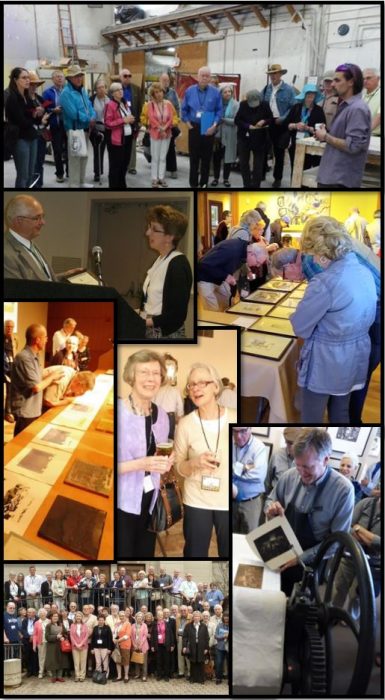