In his 2002 book Beyond the Lines: Pictorial Reporting, Everyday Life, and the Crisis of the Gilded Age, author Joshua Brown shared a curious note buried in the August 16, 1851, issue of Gleason’s Pictorial Drawing-Room Companion:

Boston Brass Band.—We really owe our readers an apology for the miserable character of the picture on the first page of the last number of our paper, representing the band of musicians above named. It was miserably engraved, and, we shall take care to print no more so deficient in this respect.

The illustrated weekly, which had published its first issue only four months earlier, prided itself on its wood engravings, advertising: “Each paper is BEAUTIFULLY ILLUSTRATED with numerous accurate engravings by eminent artists.” Perhaps to buffer the blow, the August 16th mea culpa was placed directly above a quote from a Pennsylvania newspaper: “Gleason’s popular paper is gaining new laurels every week, by the beauty and finish of its engravings and the variety and excellence of its reading matter.”

What sort of picture could have been bad enough to warrant a printed apology? It was a wood engraving of the Boston Brass Band (Fig. 1) credited to Worcester & Pierce, a Boston firm that had already done a number of engravings for the young periodical. 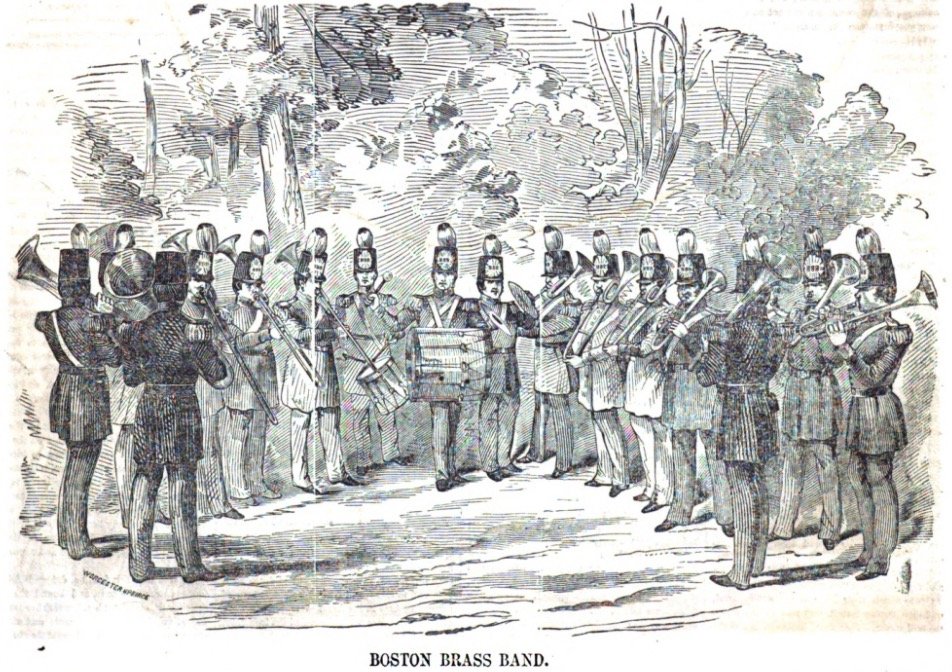 The core problem for Boston Brass Band appears to be mechanical instead of artistic. Wood engravings (as opposed to woodcuts) use the non-splintering end grain of the wood block instead of cutting with the grain on the longer side of the block. Consequently, especially with wood from trees that grow slowly like the preferred boxwood, engravers are confined to working with a small surface area. To create a large design, the image has to be divided among multiple blocks that are then fastened together (Fig. 2). 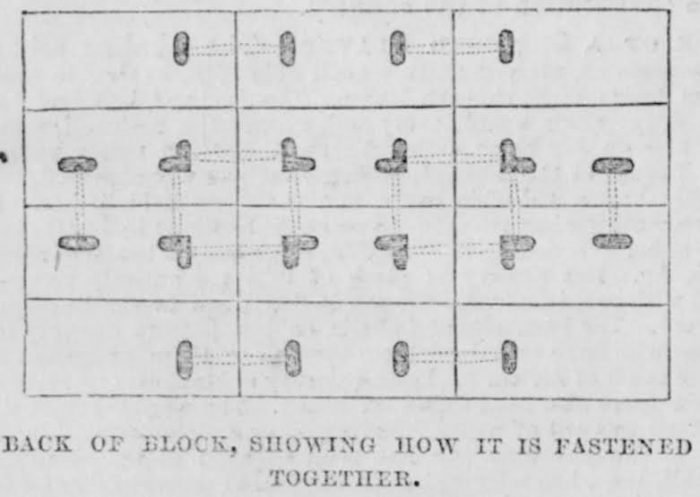 Helena Wright, Curator Emerita of Graphic Arts at the Smithsonian’s National Museum of American History, zeroed in on those lines. According to Wright, “The major problem is those white vertical lines indicating that the blocks were not properly attached for printing.”

Even though the horizontal lines match up, there was a vertical gap between the blocks. With time, as the blocks are subjected to the repeated pressure of printing, the fastenings can also begin to open up, with white lines appearing where the blocks are separating. Wright also notes, “There seems to be some uneven inking as well, indicating that the blocks were not level on the press, another sign of their detachment.”

Interestingly, even with its self-reproach, Gleason’s Pictorial wasn’t done with the Boston Brass Band engraving.

Prior to the August apology, the paper had already informed readers that it had decided on an overall do-over. The May 3, 1851, issue reported that Gleason’s had learned how to “improve upon our original design, after a little experience in the matter, and finding also that it would be utterly impossible for us to supply the demand for back numbers … we resolved to remedy the trouble in the only way left us, and that was to begin over again all anew.”

True to their word, a new Vol. 1, No. 1, was published on July 5, 1851, reproducing much (but not all) of the content that had appeared in the original first issue. It appears the new version began running old content as the original magazine continued to publish new content. As a result, the Boston Brass Band reappeared on the front page of the September 20th issue (Fig. 5). 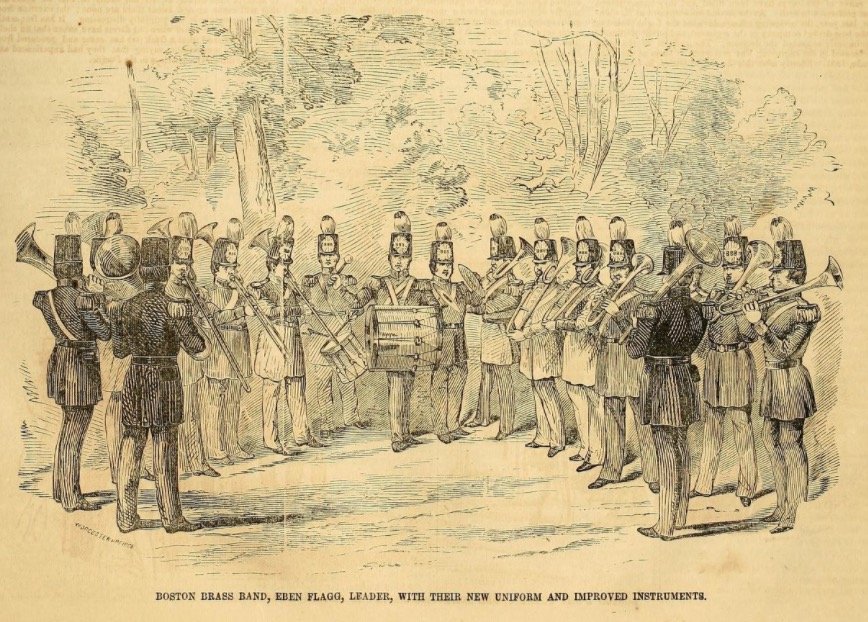 In this printing, the right-hand white line was closed up, but the left one remained. Wright also found the inking to look uneven across the darks and light suggesting the blame might lie more with the original engraver, Worcester & Pierce, than with Gleason’s printer. Notably, the next issue in the new, improved edition omitted the earlier apology.

Another possible reason for Gleason’s apology was noticed by a brass instrument expert who shared the print on his website. According to the original article, the Boston Brass Band had constructed new instruments with the bells “all opening back, and pointing over the shoulders of the performers, giving the company the great advantage of hearing every note of each instrument.” In examining the image, the expert found the depictions of some of the instruments peculiar:

Closely studying this image, the artist’s rendition is imperfect in three of the instruments immediately to the right of center, that have loops in the bell section like trombones, but no hand slide section nor valves. Of course, it’s possible that there were “natural trumpets” or signal instruments with bells over the shoulder like this used in the Boston Brass Band at this time, but it seems more likely that the artist was relying on a slightly faulty memory.

Even with obvious technical flaws and possibly inaccurate instruments, one still does wonder if the engraving did indeed sink to “miserable” status. Scrolling through digitized copies of Gleason’s, one finds many examples of wood engravings with visible lines (though they generally do not distort the image). Maybe, the harsh judgment reflects the lofty goals of a young magazine—one so focused on quality and success that it was willing even to press the restart button on itself fifteen issues in.