We are pleased to welcome Allen Bernard to the role of AHPCS president! 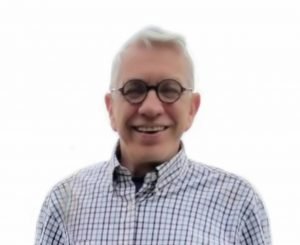 As well as being an AHPCS board member since 2014, Allen is a historical researcher, writer, architectural preservationist, and interpreter of local history in Cincinnati, Ohio. Allen has written extensively on topics relating to architectural preservation and genealogy and is also the author of The Prints of Benjamin Miller, A Catalogue Raisonné. He served as President of the Graphic Arts Forum of Cincinnati, a volunteer in the Print Department of the Cincinnati Art Museum, and serves as a Shareholder in that institution. He attended Fairfield University, Ball State University, and holds a doctorate from the University of Cincinnati. He is an avid collector of prints, both historical and some contemporary.

AHPCS members will have the opportunity to hear more from Allen in upcoming issues of the News Letter, but he recently took the time to tell us about his print-collecting passions.

What do you collect? Have your collecting interests changed over time?

I primarily collect etchings and woodcuts from the late 19th and early 20th centuries.

Being a private collector, I buy that which I find appealing. Gradually as I learned the history of woodcuts, I gravitated to social justice themes portrayed in historical prints. I am fascinated by the history of printmaking in the United States and the remarkable skill of lesser-known artists who missed marketing opportunities. I am moved by some of the printmakers of the 1930s and 40s in their depiction of the social scenes of that time—given the Society’s focus on prints that are 100 or more years old, AHPCS will eventually also call these historical prints.

Why did you start collecting prints?

I started collecting in 1978 after visiting a neighborhood gallery featuring the prints of John Henry Twachtman.  One of them, Four Boats, a drypoint etching done in 1880, caught my eye . . . and I swallowed twice when I saw the price!  Being an indigent academic, I paid $300 for it in monthly installments thinking I was being charged by the millimeter. It was only 4 x 5 inches. I began collecting more Twachtman prints and prints of the Etching Revival, especially those by female printmakers and those with a Cincinnati connection. In New York, I met the salespersons such as Gertrude Dennis at Weyhe, Antoinette Kraushaar at Kraushaar’s Gallery, and others at Kennedy Galleries. They trusted me to take home prints on approval—to Cincinnati. I was floored by such trust in “print people.”

What advice would you give new collectors?

Find an appealing image. Find out everything known about it: its historical position, who the artist was, and what influenced the artist to create it. Is it an original print? Can I afford it? Will it continue to speak to me? Do I want to be associated with that artist and his creativity? If the answer is yes to many of those questions, you WILL buy it.

When and how did you first learn about AHPCS?

I attended an annual meeting in Worcester, Massachusetts, in 2011 as a guest of longtime member Virginius Hall. This meeting was outstanding with tours of the American Antiquarian Society. Then I met John Zak—he made the difference. The next thing I realized that I was suggesting a meeting in Cincinnati and volunteered to chair it! John, as president of AHPCS, assured me that he would support me in every way. The people I met at the meeting and the quality of the presentations gave me ample evidence that this was an organization of merit.

What are your goals as AHPCS president?

We have a special annual meeting coming up in Mystic, Connecticut, in the fall. What is your favorite part of AHPCS annual meetings?

I’ve been able to attend most annual meetings since I became a member–and even got the opportunity to host the 2013 meeting in Cincinnati, Ohio. The program content of our meetings is usually excellent. There are opportunities to visit private and small museum collections. Meeting and interacting with members proves to be a great learning and delightful social experience. Then the auction under Robert Newman’s connoisseurship is always a finale to remember—testing patience, providing exhilaration, and wondering how I will ever get a purchased piece home.

What are some of your all-time favorite prints?

Rainy Night in Venice (1880) by Otto Bacher (Fig. 1). Mine is inscribed “To mother / Otto.” Of course, Four Boats (c. 1883) by John Henry Twachtman (Fig. 2), an exquisite minimalist impressionist piece exemplifying the adage “less is more.” Another of my favorite prints is Thomas Moran’s The Passaic Meadows (Fig. 3) because of naturalist expression through detailed representation of plants. Then finally there is Benjamin Miller’s The City (1928) (Fig. 4), not in AHPCS’s definition of “historic” [100 years or older] but definitely an expressionistic print illustrating some of the challenges of society. 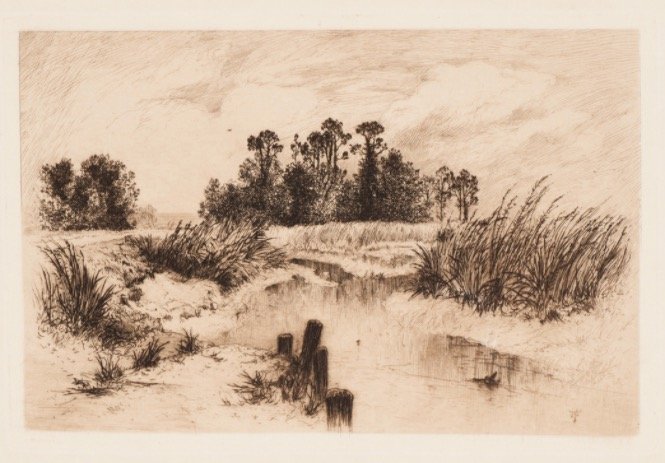 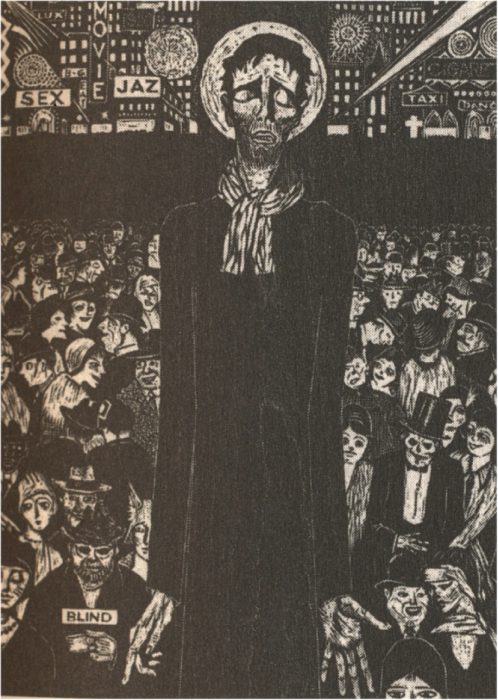