When collectors take the deep dive into popular 19th-century American prints, they often begin noticing similarities. In the days before robust copyright protections, images were shamelessly copied and reused. It can become a chicken-and-egg detective game trying to figure out which image came first. In some cases, the answer is easy; for others, mysteries remain.

AHPCS board member Jim Brust has done extensive research into the duplication of pirated Currier & Ives prints onto smaller cartes-de-visite photographs. He recently stumbled upon the wood engraving on the right, which is very similar to the well-known Currier & Ives print on the left. 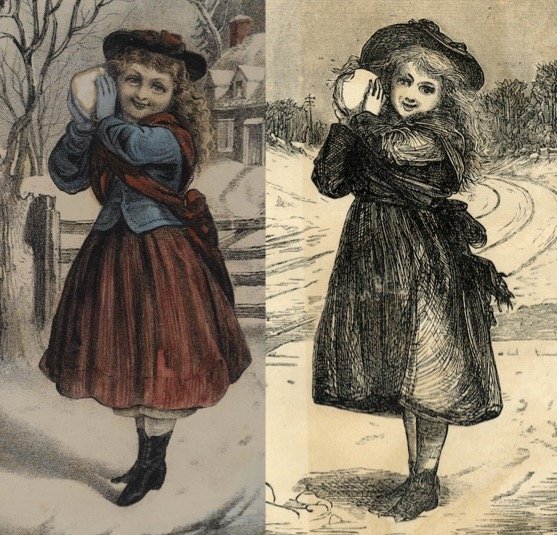 The girl on the left appears as one of a pair of very small folio Currier & Ives prints Throw If You Dare and Shall I? (Figs 2-3) originally printed on one sheet but often found separated now. The girl on the right showed up as a full-page illustration (Fig. 4) in the January 1872 issue of Peterson’s Magazine, a popular monthly magazine published in Philadelphia. 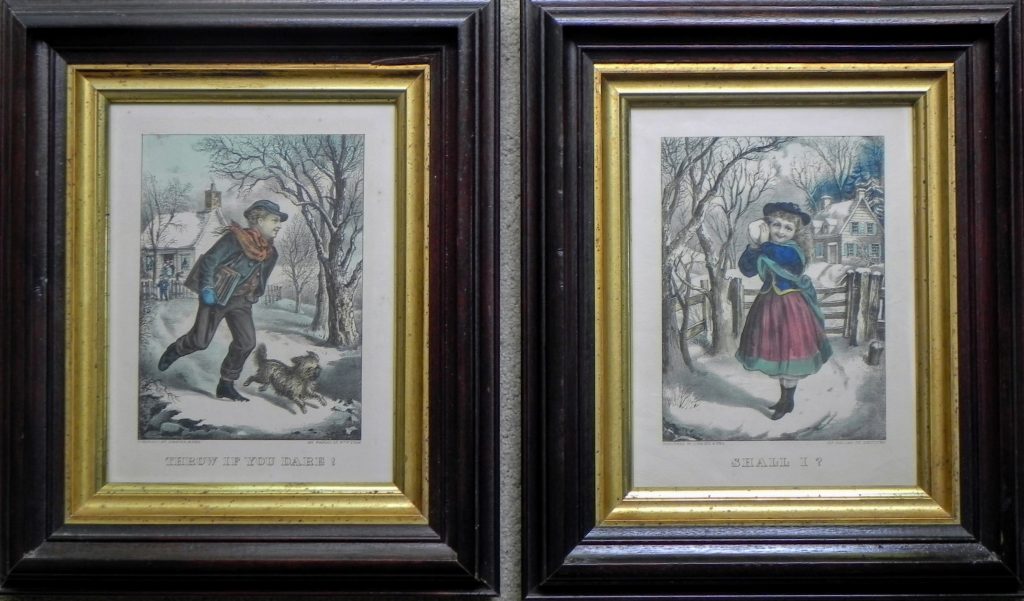 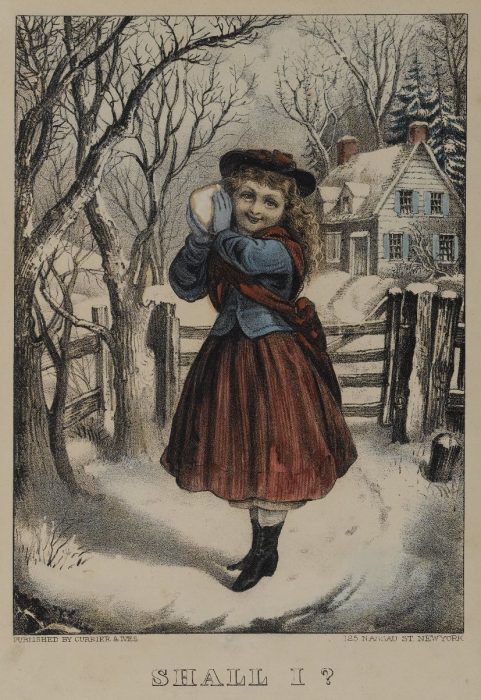 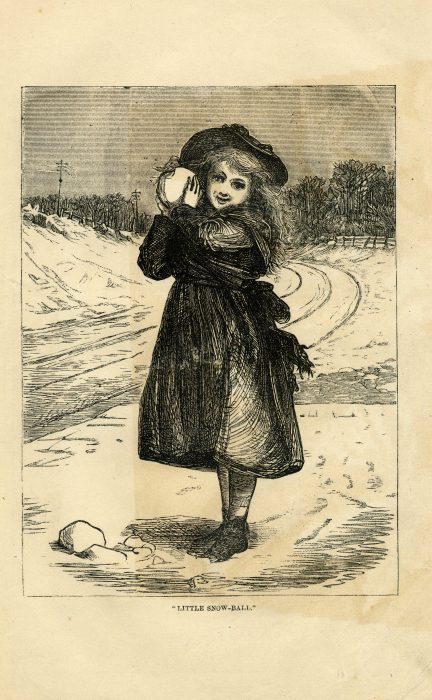 The prints were made using very different processes–the Currier & Ives print is a hand-colored lithograph about 7 1/2 inches in height, and “Little Snow-Ball” is a wood engraving on paper about 10 inches tall (illustration height 6 1/2 inches). No artist is named for either print. The image backgrounds and details differ, but the similarities are undeniable. The lower margin of the Currier & Ives print includes their address, 125 Nassau Street, New York City, which indicates that the print was produced during the two years (between 1872 and 1874) when the publishing firm was located at that address.

The obvious question is who copied whom?

The two images are contemporaries, but “Little Snow-Ball” must have been created no later than late 1871 in order to be published in the January 1872 issue. Currier & Ives didn’t move to 125 Nassau until 1872. Based on the dates, “Little Snow-Ball” would be the presumptive “original.” There is, of course, is a third possibility. Both could have been copied from an even earlier source.

Plagiarism was rampant in the world of popular prints. Nancy Finlay writes in Picturing Victorian America that “The appearance of identical motifs in the prints of different firms, sometimes within a few days or months, sometimes over a period of many years, is one of the most characteristic features of the business between the 1830s and the 1870s.”