AHPCS is pleased to welcome a new member: John Thorn, who, in addition to being a print collector, is the Official Historian of Major League Baseball. Sporting prints form a vibrant component within the print-collecting world, and we are thrilled to have John share his knowledge with us. 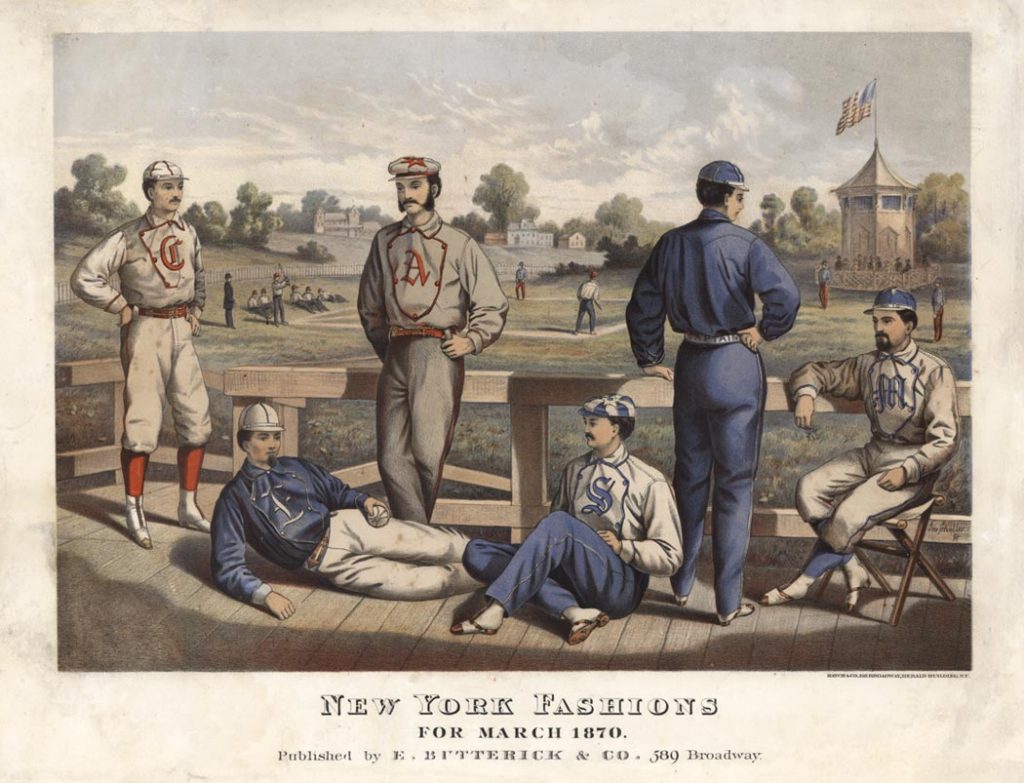 Last year’s holiday issue of the Old Print Shop’s Portfolio featured a print I knew well: “New York Fashions for March 1870.” I knew that the print, published by the Butterick sewing-pattern company, was beautiful and exceedingly scarce (fewer than ten copies extant, I had surmised). And yet I was a bit taken aback by its price: $16,500 for a small lithograph, just shy of 10” x 14”.

Should I have been? On page 2 of that Portfolio, Henry Sandham’s glorious gravure of a Temple Cup game of 1894, uncolored and complete with cameos, was offered at $35,000. Might it be a bargain at that price, too? 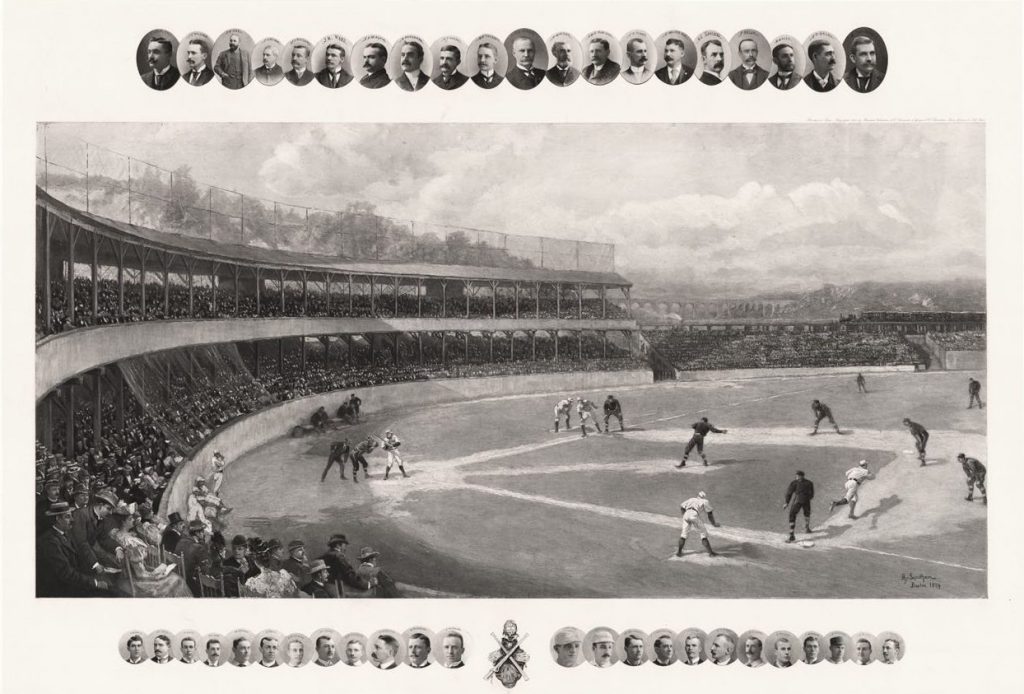 I collect prints, and not only in baseball, so while I am more concerned with aesthetics than with values, I track the latter pretty closely, too. What, I thought, have been the highest prices paid for baseball lithos or engravings? As with baseball cards or memorabilia, the drivers of valuation are not quality or scarcity alone but also desirability, which is often enhanced by an item’s association with a star player.

According to Rich Mueller of Sports Collectors Daily May 2019: “The highest price ever paid for a Wagner [baseball card] was $3.12 million for the PSA 5 ‘Jumbo’ example, which sold through Goldin Auctions in 2016 and remains the most valuable baseball card ever sold, just ahead of the PSA 9-rated 1952 Topps Mickey Mantle which sold last year for $2.88 million.” Cards are produced as multiples, just like prints, and if scarcity alone were paramount, the famous Slow Joe Doyle card in the T206 series would be worth more than a Honus Wagner or Mickey Mantle — the latter is not even his rookie card. 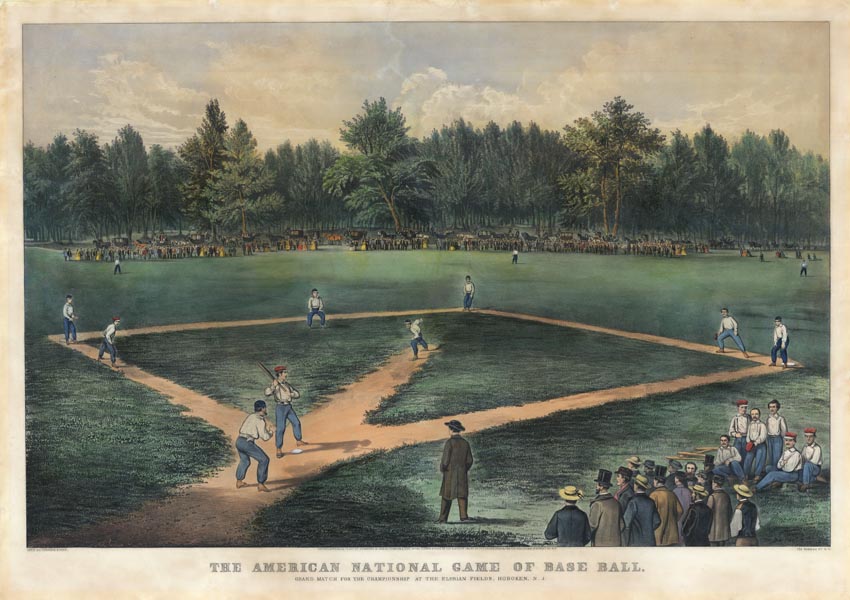 Currier & Ives, The American National Game of Base Ball [Lithograph, 1866]. Courtesy of the Old Print Shop.

I offer these few indicia to support my growing suspicion that in the immature hobby of baseball collecting — still refining its criteria as, over the years, equivalents have taken shape among aficionados of stamps or coins — the iconography of the game may yet be undervalued. Some lithographs or aquatints are so scarce that no sports auction house nor print shop has ever handled one. I have in mind, particularly, the large folio version of the Currier & Ives “American National Game: Grand Match for the Championship at the Elysian Fields, Hoboken, N.J.” which has never sold publicly for six figures, and the 1867 J.L. Magee litho “The second great match game for the championship, between the Athletic Base Ball Club of Philadelphia and the Atlantics of Brooklyn, on the grounds of the Athletics, Fifteenth & Columbia Avenue, Phila., Oct. 22nd, 1866.” To my knowledge, this has never come up for sale. 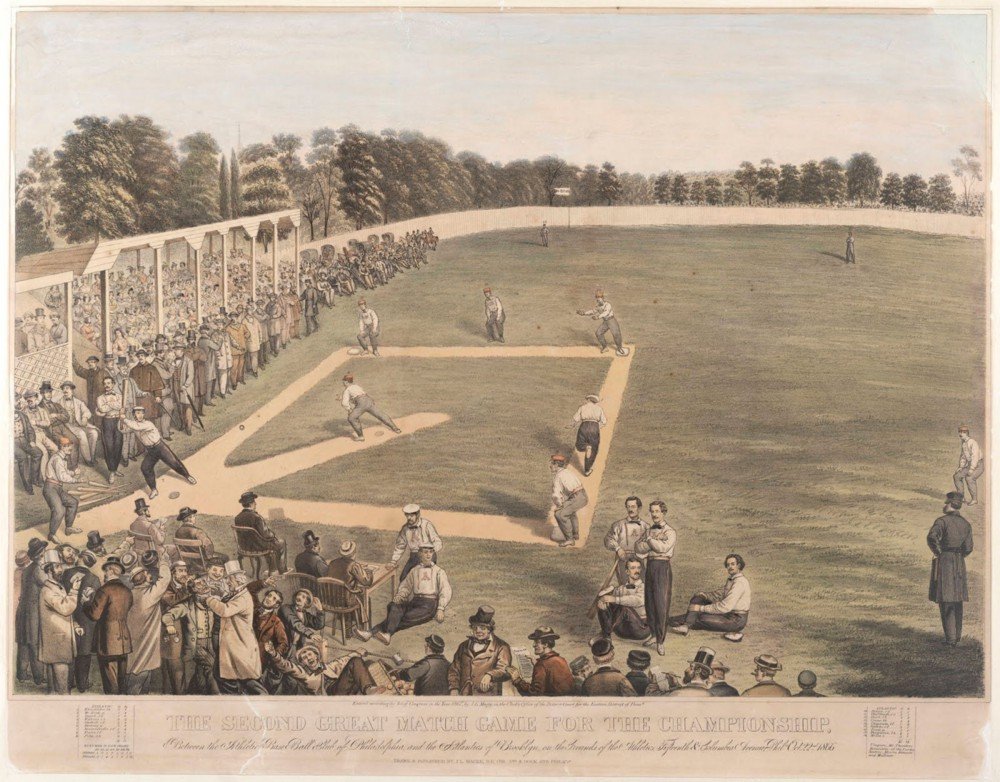 J. L. Magee, The second great match game for the championship … [Lithograph, 1867]. Courtesy of the Library Company of Philadelphia.

Of the two images above I have written: “This 1867 depiction of a baseball game played in the previous year is less well known than the Currier & Ives image above, but if one were to come to market today, it would probably bring about the same figure, nearly $200,000. Both are exceedingly scarce, but the Magee has more brilliantly crisp detail. It gives us a real flavor of being right there, right then.” If I could choose one to own, it would be the Magee.

From my hasty and unscientific research, the ten most valuable baseball prints (including auction commission) are listed below, in declining order of price received. It is notable that items associated with actual players and the advertising of a product have yielded more than even the rarest examples of lithography. I will mention as the highest-priced baseball painting Norman Rockwell’s study for “Tough Call,” ultimately a cover for the Saturday Evening Post, which sold in 2017 for $1.68 million. 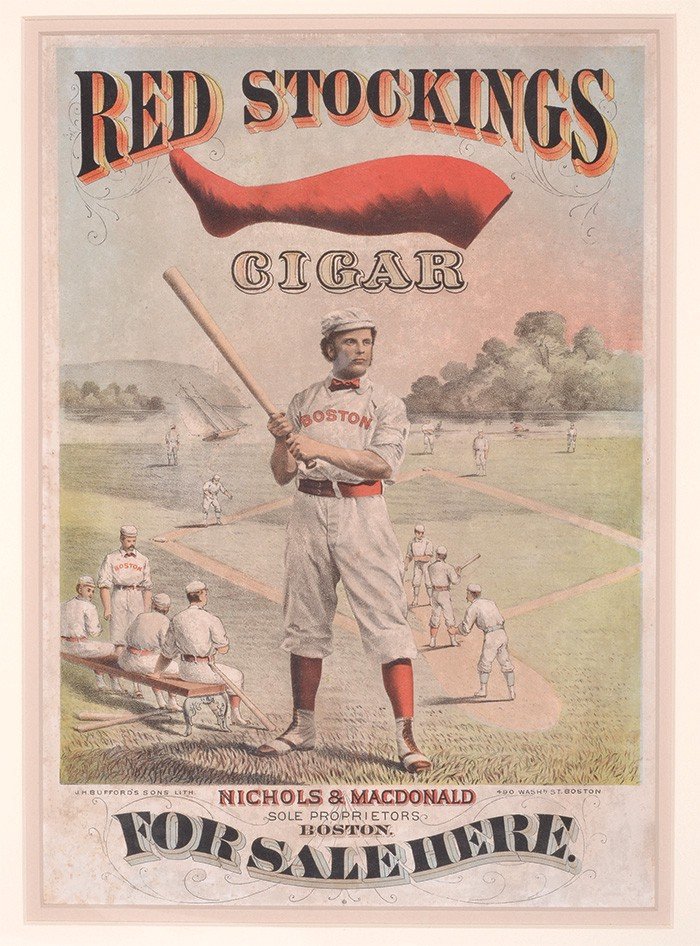 An Unofficial List of the Ten Most Valuable Baseball Prints 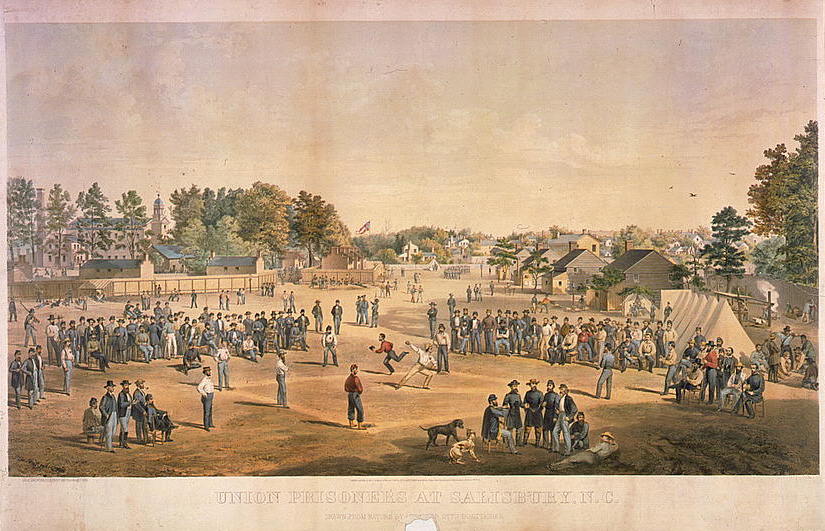 An earlier version of this article appeared on ourgame.mlblogs.com in December 2019.