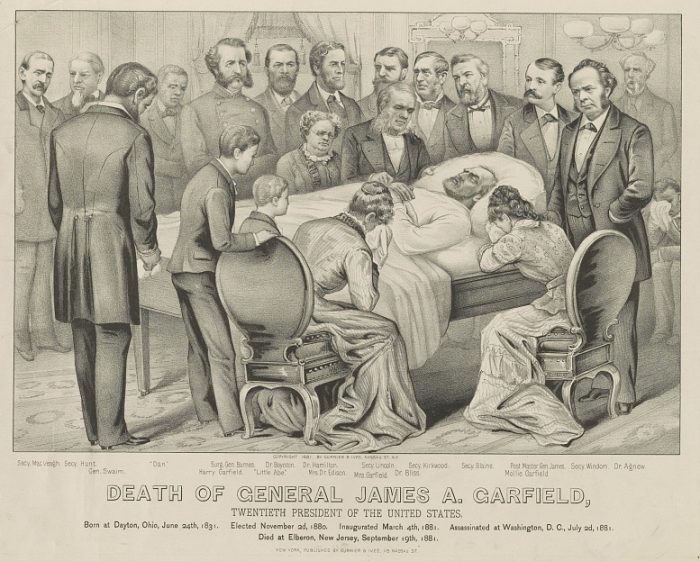 Fig. 1. Currier & Ives, Death of General James A. Garfield, Twentieth President of the United States [Lithograph, 1881]. Courtesy of the Library of Congress.

September 19th marks the 139th anniversary of the death of James A. Garfield, the 20th President of the United States. Garfield died from infection a little more than two months after he was shot by an assassin on July 2, 1881, in Washington, D.C.

The demand for Garfield pictures is perfectly overwhelming, it surpasses everything.

We took twelve hundred and twenty-five dollars in hard cash over the counter today!! We could have sold more but we could not get them from the steamers.

We closed up tonight with not a stock print of Garfield in hand. All day the store has been crowded with people.

All the old campaign banners are sold. Six hundred of Bufford’s 22 x 30, bought today are nearly all sold. We raised the price three times and still they wanted them.

We expect a big day tomorrow. The demand for Lincoln is starting up a little.

The frenetic business that Ned Currier witnessed that day reflected a public clamoring for any visual memento of the dead President. Newspapers reported that cities across the nation were draped in black. On September 22nd, the New-York Tribune described the city streets: “One could not turn in any direction without seeing emblems of mourning … Now and then could be seen a flag suspended across a street bearing a portrait of the dead President framed in black. Portraits were also framed in with drapery above doorways and displayed in shop windows.”

Currier & Ives had a long history of catering to the public’s hunger for images following tragedy. Nathaniel Currier’s national reputation originated from his success in quickly producing lithographs that depicted the deadly explosion of the steamboat Lexington in 1840. When a newsworthy event might translate into the increased sale of prints, Currier & Ives wasted no time focusing their manufacturing might towards the production of applicable images. The Library of Congress’s copy of Currier & Ives’s Death of General James A. Garfield (fig. 1) is stamped with a September 24, 1881, copyright date—only five days after Garfield’s death.

In his letter, Ned reported that production was stalled due to the limitations of the steam-powered printing presses. With their own stock of Garfield-related prints exhausted, Currier & Ives even purchased and resold the prints of a competitor: J. H. Bufford. Interestingly, Ned also observed an uptick in requests for Abraham Lincoln images—presumably, some customers felt reverberations from the shocking assassination of President Lincoln sixteen years earlier.

Currier & Ives wasn’t the only lithographic firm capitalizing on Garfield’s death. It was good business for any publishing house. Bufford’s firm reissued its lithographic portrait of Garfield in October 1881—identical except for additional text and a poem about Garfield’s death in the margin. 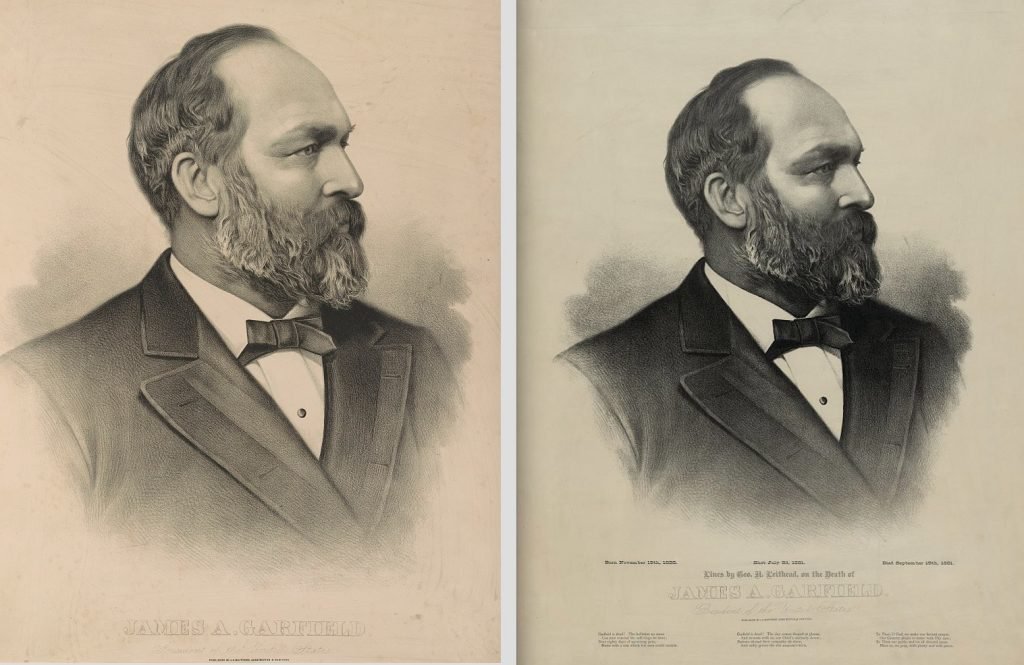