The 53rd California International Antiquarian Book Fair was in Pasadena on February 7-9. One of the highlights was a featured talk by Lisa Unger Baskin. Baskin is the collector behind Five Hundred Years of Women’s Work, which was the largest collection of women’s history material in private hands before being acquired by Duke University’s Rubenstein Library in 2015.

Baskin’s collection contains over 10,000 printed items and 250 manuscript collections related to the political and social history of working women. It is international in scope and primarily dates from the mid-1400s to the 20th century. 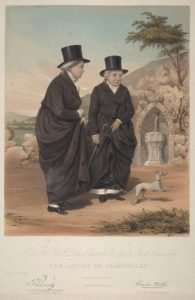 Baskin said that she made a promise to herself not to purchase stereotypical images of women. Her collection contains many “firsts” related to women—the first book on obstetrics published by a woman, the first women’s rights weekly journal, the first work published by an African American … Or, rather, as Baskin amended, the known firsts. “I say ‘That we know of’ all the time,” she said.

Fine-tuned to her audience, Baskin tailored her talk to her process of collecting, sharing anecdotes that will sound familiar to many AHPCS members—at one point acknowledging that it was an “addiction.”

Baskin began collecting early. To accommodate her growing collection, Baskin’s parents installed floor-to-ceiling shelving in her childhood closet. One audience member asked her to recall her first acquisition. “That is impossible to answer,” she responded immediately. A bookseller herself, Baskin championed the role of rare book dealers in facilitating collections like hers. “You need the trade, you need dealers on the road,” she said. 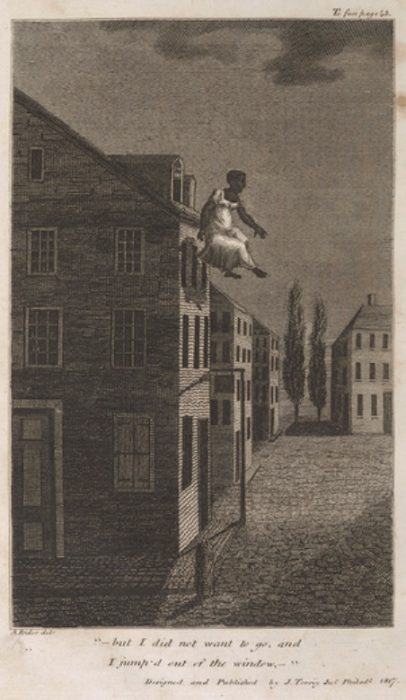 Baskin always knew that her collection should ultimately reside in an institution. What was most important to her in selecting its new home? Accessibility. Baskin wanted the collection to be available—for people to know what was in the collection. To accomplish that, it had to be cataloged. She was confident that the Rubinstein Library would be able to efficiently catalog the collection. (As of this writing, there are more than 7,400 online catalog records.)

Even now, Baskin continues to collect: “I still manage to find something someone doesn’t notice.”

An exhibit of Baskin’s collection at the Grolier Club just closed on February 7th but can be relived through a lovely illustrated exhibit catalogue: Five Hundred Years of Women’s Work (The Grolier Club and Duke University, 2019).

Top image at left: The life & age of woman. Stages of woman’s life from the cradle to the grave / Kelloggs & Comstock, N.Y. & Hartford, Conn. [Lithograph, between 1848 and 1850]. Courtesy of the Library of Congress. Note: This print is also in Baskin’s collection.

Bottom image at left: Torrey, Jesse, A portraiture of domestic slavery, in the United States: with reflections on the practicability of restoring the moral rights of the slave, without impairing the legal privileges of the possessor; and, a project of a colonial asylum for free persons of colour, including memoirs of facts on the interior traffic in slaves, and, on kidnapping: illustrated with engravings, Philadelphia: Published by the Author, 1817, Lisa Unger Baskin Collection, Rubenstein Rare Book & Manuscript Library, Duke University.