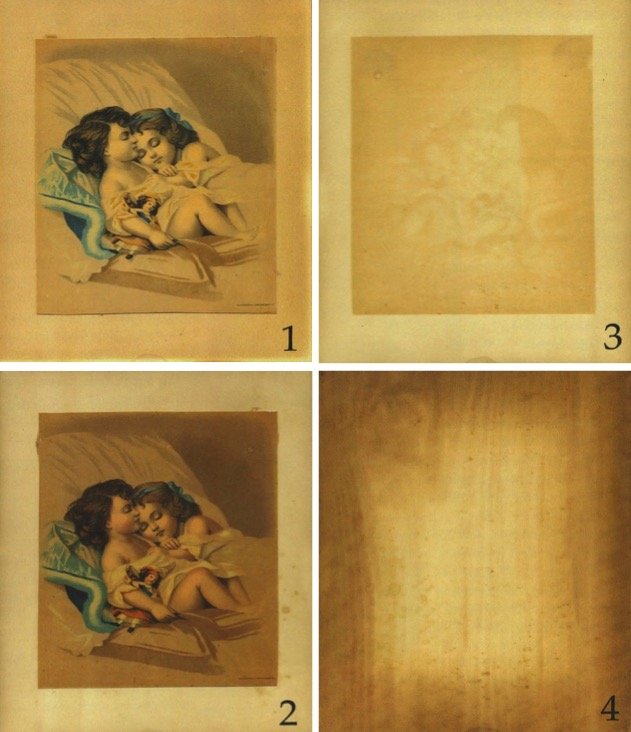 When I purchased the chromolithograph in Figure 1, I was more interested in acquiring the original period frame than the print itself, which was obviously faded and toned. All print collectors have heard stories of opening a frame and finding another, more valuable print behind the one showing through the glass. This time, when I opened the back, I actually did find another print behind the first, and much to my surprise, it was a second impression of the same chromolithograph (Figure 2). I had no idea why someone would have put an identical print behind the one they were displaying—perhaps the two had been stacked one on the other and accidentally stuck together. But here were two impressions of the same print, housed in the same frame, one having been exposed to light for 140 years while the other was shielded. 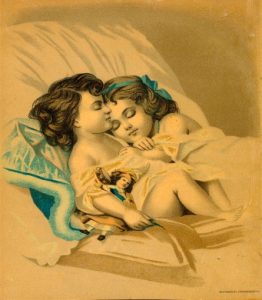 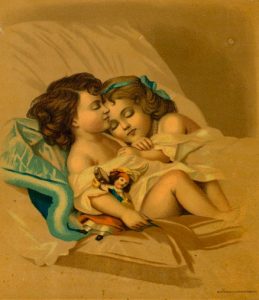 Those who collect or study works of art on paper know exposure to light is detrimental, and over time can damage a print. What is usually seen, and strikingly evident in Figure 1, is that light will darken the paper and cause color to fade, especially the “warm” ones on the red, orange, and yellow side of the spectrum [1]. Even though these are oil colors, said to be more resistant to fading than the watercolors used on many of the prints we study, it is evident that the red in the doll’s costume is almost gone. Since chromolithographs such as these were made by printing sequential layers of color to create different tones, in other sections what we see is less a disappearance of color than a shifting away from the now faded “warmer” hues in the skin and even the hair of the children, and the overall image just seems to have less color in it. Even the blues have faded to some extent, but not as dramatically as the other colors.

The paper mount of Figure 1 has darkened, and the fact that light is the culprit is verified by a narrow strip along the bottom and right edges, which, protected under the lip of the frame, remain lighter. Also, though not visible in our illustrations, the paper beneath the mounted chromo in Figure 1, having been protected from light by the print itself, has not darkened. 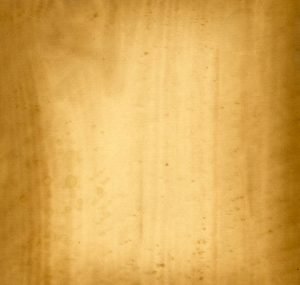 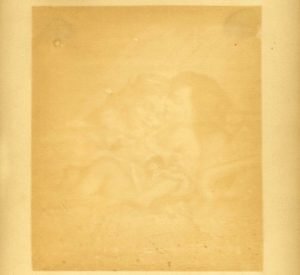 While the faded print in Figure 1 protected Figure 2 from light, the situation was reversed when it came to damage from the wooden back board that held both of them in the frame. Such backings are known to cause damage since the acidity in the wood will stain the print. Figure 4, the reverse of the unfaded Figure 2, which was against the back board, shows characteristic staining that matches the grain and a knothole in the wood. Figure 3, the reverse of Figure 1, did not touch the back board, hence does not show wood grained staining. However, since it was in direct contact with the chromolithographed surface of Figure 2, a reversed ghost image of the print has leeched onto its surface.

There are other factors that can damage a print including storage temperature, humidity, moisture, and the acidity of the paper, ink, and framing materials. I claim no expertise in these matters, and this is not intended as a scholarly discourse. But this rare opportunity to study two identical impressions of the same print exposed to different conditions.

Note:
1. Orange, red, and yellow colors are usually referred to as “warm” colors because they remind us of fire, while those on the blue end are “cool” because they evoke images of ice and snow. This terminology is well established and often used in the art world, though it is actually reversed from the realm of physics, where it is known that higher temperatures are required to radiate colors on the blue end of the spectrum compared to the red.