The Lynch Archives is one of the premier private collections of American sheet music. Kevin Hugh Lynch is a steward of the Lynch Archives, begun more than one hundred years ago by his father, band leader and art dealer Francis Lynch. The collection of published popular music dating from 1736 to 1987 is uniquely sorted by subject, archived, and conserved. It is based principally on prominent nineteenth-century publications of American and British music, although many European prints are included as well.

In this three-part series, Kevin Lynch explores the variety of music title-page design through three sets of unusual and rare pieces from the Lynch Archives along with his own commentary on what makes these covers so special. Click here to read Part 1! 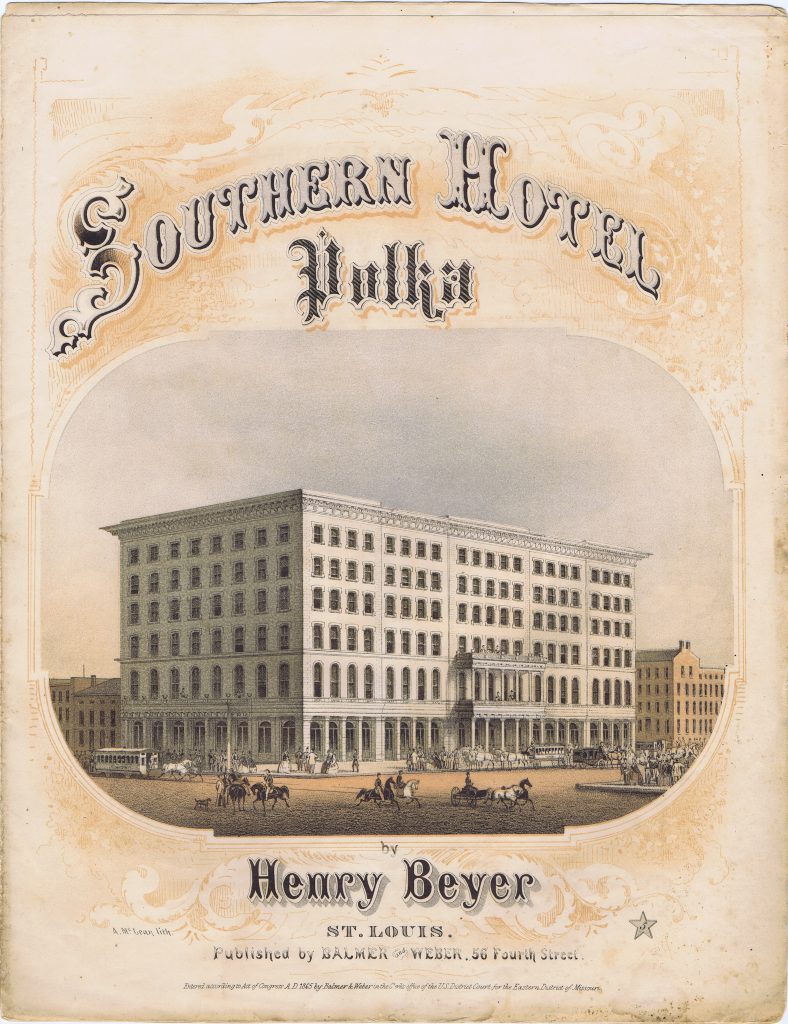 The hotel was designed by architect George Barnett, who built other famous buildings in St. Louis. This litho demonstrates the tendency to highlight and draw to perspective by deliberately setting off the shaded side of the building from the sunny side. These views of buildings have proved to be very popular with collectors. The ornately titled piece adds to the allure.

One of the interesting things about this copy of the Southern Hotel Polka is that it is full size and unbound, unlike at least ninety-five percent of nineteenth-century music that has survived. Binding into personal volumes, or sammelbands, was what protected so much of American music from this time period. As WorldCat.org only locates this at Yale University – not even at the Library of Congress – you can get a sense of the difficulty of locating this in an unbound, uncut state, as originally published. Sadly, the Southern Hotel burned in a spectacular fire in 1877, the burgeoning fire shooting up the elevator shafts in the structure. 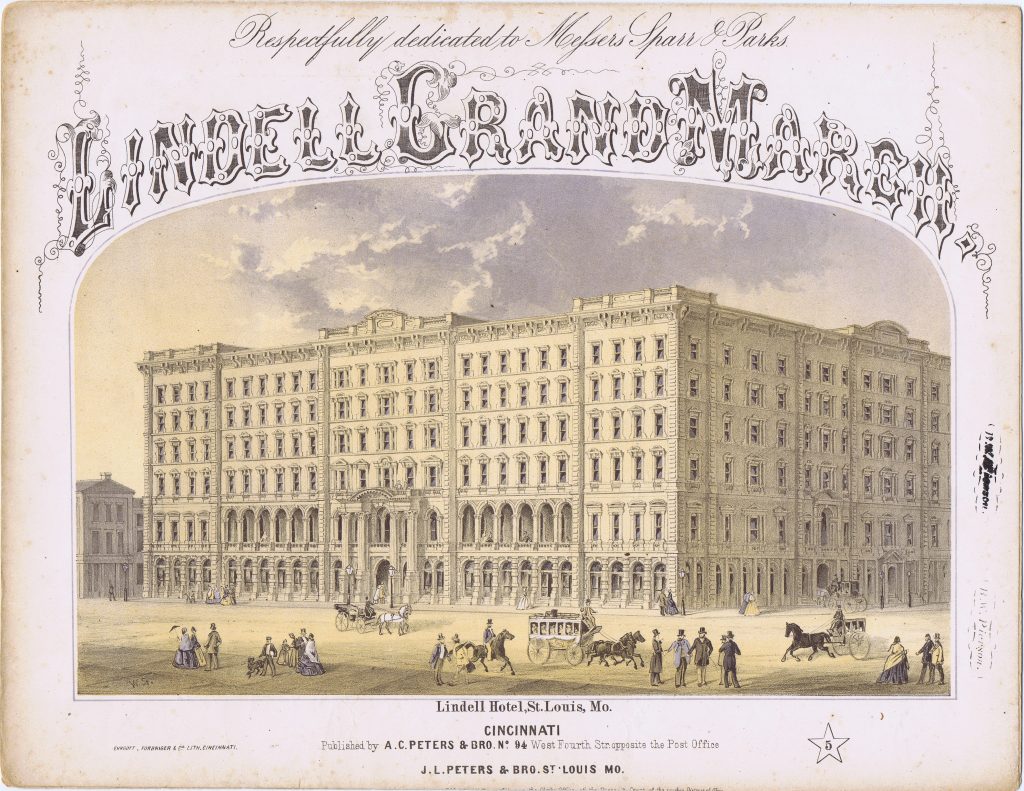 Interestingly, this sheet music was both lithographed and published in Cincinnati to promote a St. Louis hotel, the Lindell House. The dedicatees, Messers Sparr and Parks, were the original lessees of this spectacular hotel, which also burned, in 1867, ten years before the Southern Hotel. It’s possible Sparr and Parks were active in Cincinnati and perhaps even had a hotel there under their management. To bring these two venues and prints into even closer association, the buildings had the same architect: George Barnett.

You can see the advantage a horizontal format had in giving a sense of the size of the hotel. The detail and quality of the tints are well beyond what one normally sees on a music cover. It’s possible the artist was Christian Fabronius, who was in Cincinnati at the time of publication along with his brother Dominique. Both were known to work with Ehrgott, Forbriger as well as Middleton, Strobridge Lithography. This item is also unbound, in original size and, oddly, also held at Yale, as well as Johns Hopkins (Levy Collection) and the Library of Congress.

Click here to continue to Part 3 of this series!