On this day in 1885, Scottish-American engraver James Smillie died at the age of 78. Smillie’s work included seven full-plate engravings for the American Art Union between 1850 and 1852—notably after paintings by Jasper F. Cropsey, John F. Kensett, Asher B. Durand, and of Thomas Cole’s Voyage of Life (1850): 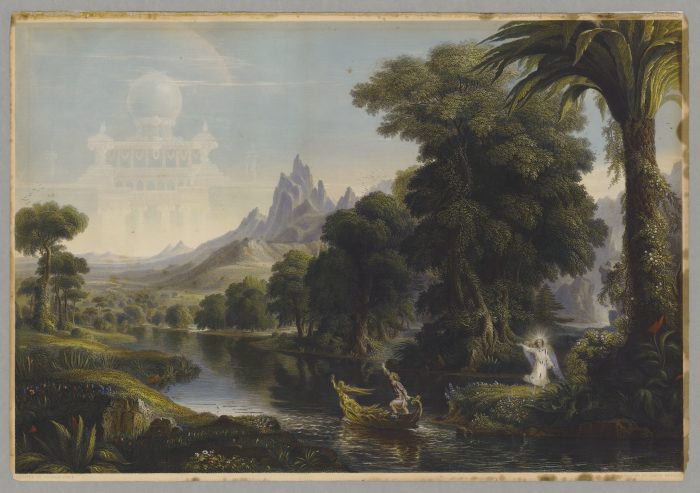 Smillie also engraved illustrations for gift books and periodicals and was a prolific banknote engraver for the American Bank Note Company. At the time of his death, he was working on a vignette for the company: “Lions at Home.” 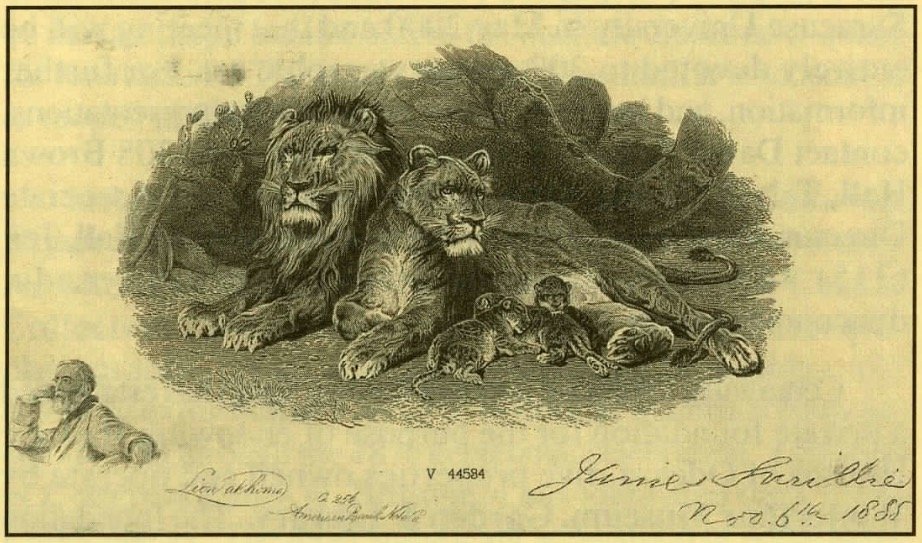 It was the last piece of work that Father did & it was a great disappointment to him that he could not live to quite finish it. We consulted together so that I might know his wishes and in answer to his desire I promised him that I would finish it. There was really very little for me to do – almost nothing but some work upon the accessories with the purpose of ‘bringing things together.’ The animals are almost as he left them. As I sat with him on the 5th of Nov. ’85—he, propped up in bed with a proof in his hand, I gave him a pencil & asked him to write his autograph upon the proof. He did so—it was the last he wrote. He died on the 4th of Dec. following. When I finished the die I traced his autograph upon it.

The vignette was later printed on a five-hundred pesos banknote created by the American Bank Note Company for the Banco de Londres y Mexico of Mexico City.

Image credits: The Voyage of Life — Youth [Engraving by James Smillie of painting by Thomas Cole, 1850], courtesy of the American Antiquarian Society. Photograph of James Smillie and “Lions at Home” engraving from the collection of Walter D. Allan printed in the AHPCS New Letter (Winter 1999).