Most print collectors have a story of the one that got away. Being outbid at an auction. Waiting too long to pull the trigger while roaming a print fair. But in other cases, the feeling of loss may exist where there was never any print to buy.

While visiting the home of a fellow historic map dealer, AHPCS member Michael Buehler came upon a framed print at the top of a staircase. 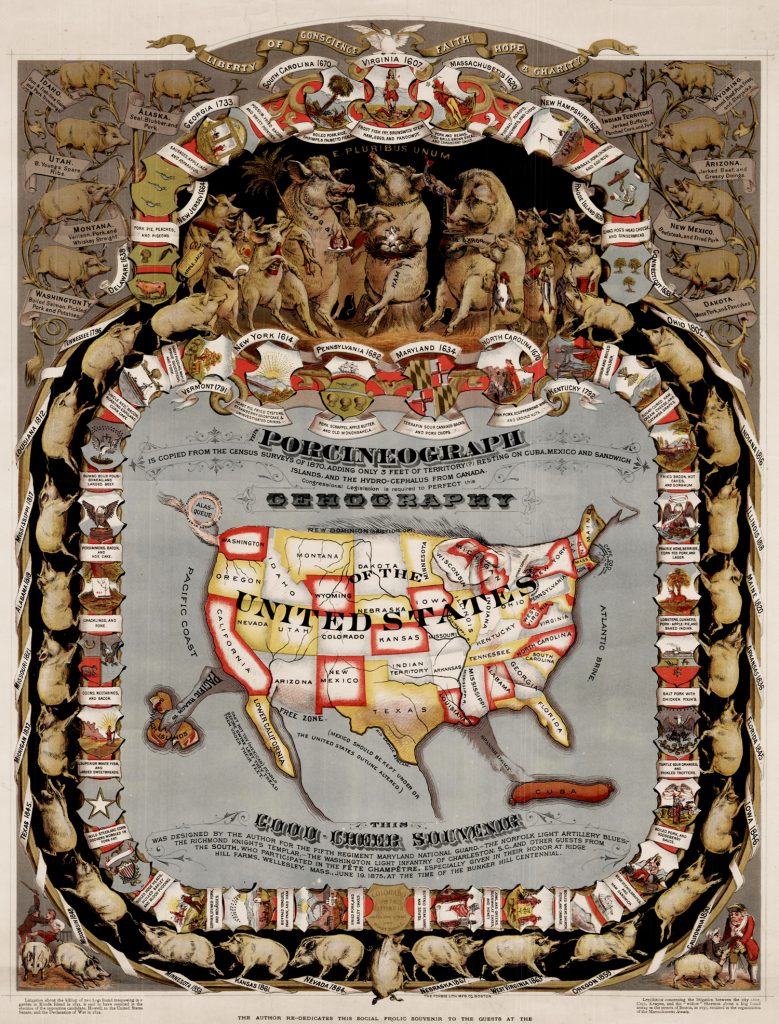 It was love at first sight for Michael. The chromolithograph had exactly the kind of cartographic levity that delights dealers who spend their days trading among the sort of serious, highbrow maps that carved borders, navigated trade routes, and directed armies.

Printed by the Forbes Lithograph Manufacturing Company of Boston in 1876, This Porcineograph was created as a Centennial souvenir for guests who had attended the laying of the cornerstone of the Ridge Hill Farms Piggery in Needham, Massachusetts. In 2014, Rebecca Onion described the “delightful” pork-obsessed map of the United States for Slate.com. 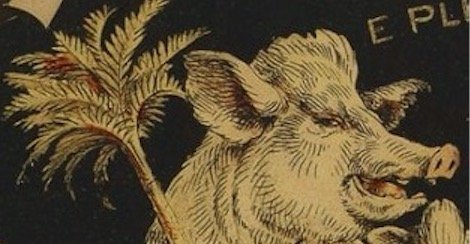 Michael immediately wanted to buy his friend’s print but received only unequivocal rejection. His friend did recall, though, that a bookseller in Pennsylvania also had a copy of This Porcineograph. Michael contacted him—it wasn’t for sale.

But the historic print community is a small one, and it has a long memory. Several years later, the bookseller called. He was finally ready to sell.

Private print collections are never fully stagnant, and as Michael says, “Really good collectors take a long view.” As interests shift, wall space fills up, and collecting careers head toward retirement, there is always the potential for prints to reenter the market. It is undoubtedly a game of patience and communication—of making sure that when the day comes, the seller remembers you and your interest.